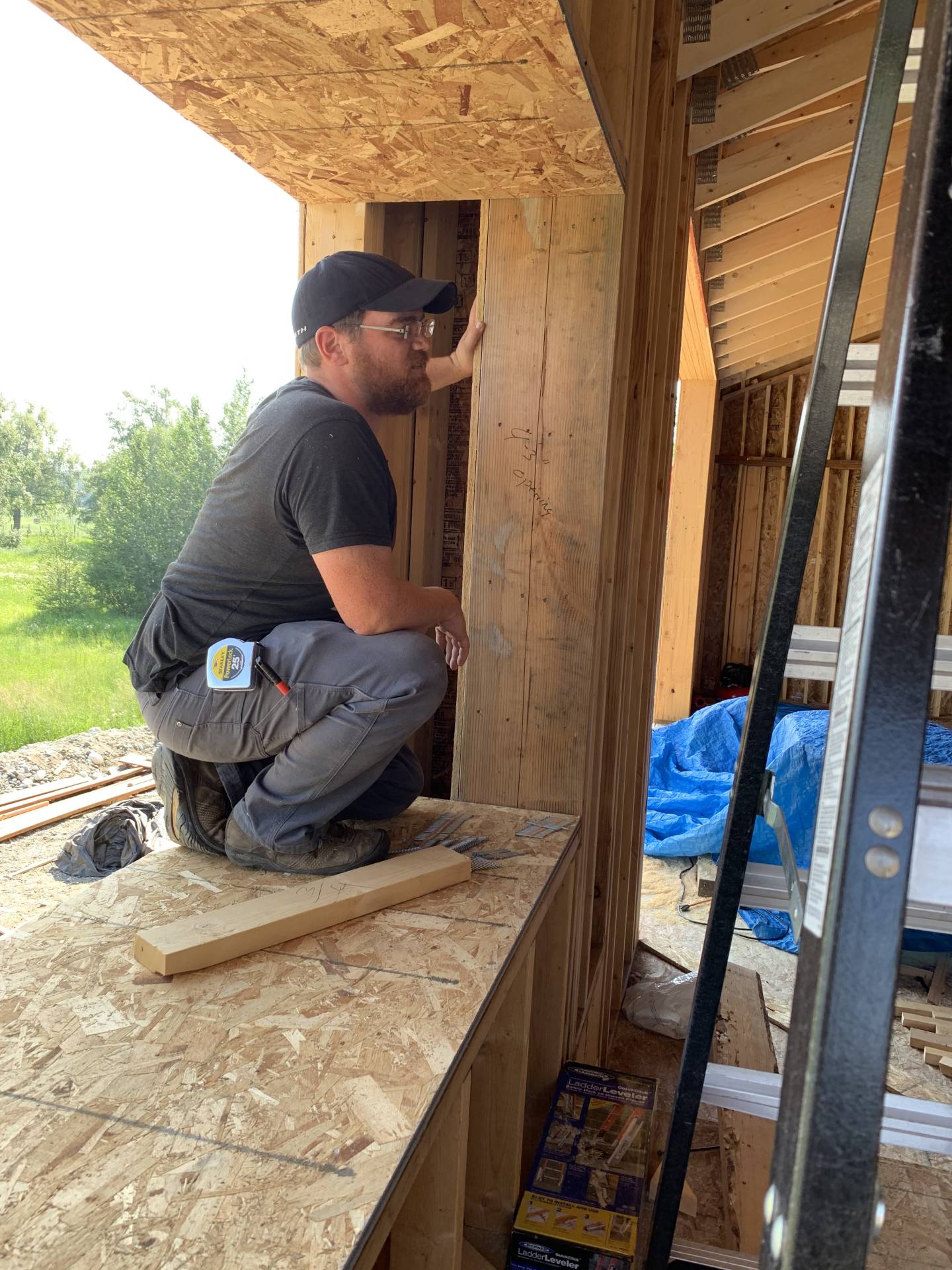 This is a picture of Ian.

A Craftsman with Decades of Experience.

I’ve been in construction my entire adult life, starting out as a carpet installer’s apprentice, and then framing and carpentry. I wanted a new challenge, so I became an electrician’s apprentice. A few years later I earned my Journeyman’s License. I worked on a variety of projects: hotels, houses, big box stores, F-22 Hangers, medical facilities, schools, and sewage treatment plants. It was that last project that motivated me to pursue a career in engineering.

An Engineer with an Eye for Detail.

I obtained a degree in electrical engineering and landed a position at a firm designing control systems for petroleum facilities throughout the state. My favorite part of the job was site visits to the facility and performing “as-builds”. An “As-build” is an inspection of the facility to verify that the site conditions match the drawings, noting any discrepancies or safety concerns. This attention to detail came in handy when sometime later my wife and I got it into our heads to buy some land in Palmer and build our dream home.

Experience is something you don’t get until just after you need it.

Building your own home can be quite an endeavor. I did not know what I was in for. Mistakes were made by both me and my contractors. It was the latter that challenged me to become intimately familiar with modern building theory and was the catalyst on my path to becoming a home inspector. On more than one occasion I would look at the work my contractors were doing and ask myself “Will this survive the next big earthquake?” They would say, “This is the way we always do it.” But is that the right way to do it? I discovered there is a large chasm between theory and practice in some corners of Alaska’s build culture. This was not at all what I had observed throughout my career as a craftsman. I had to arm myself with the knowledge to confront contractors who were cutting corners to increase their profits and educate those who simply lacked knowledge

My life path has given me the privilege of working with people from many backgrounds. I’ve worked with my hands alongside gruff craftsmen and in meetings with business executives who possessed little engineering/technical knowledge. As a result, I’ve developed the skills to communicate technical and complex concepts to just about anyone, with any background. I won’t let you end a conversation with me until you are satisfied that you have the information you need to make the right decisions.

Stoked to Serve These Areas: